The meeting was scheduled for the 20th anniversary of the adoption of Security Council Resolution 1373 (2001), which established the UN Counter-Terrorism Committee. RSI's statement stressed the sustained importance of human rights and civil society engagement in global counterterrorism law and policy making, while ensuring that discriminatory human rights abuses are stopped.

See the full text of the speech below.

Thank you, Mr. Chair, for giving Rights & Security International the opportunity to address the Committee about the importance of meaningful dialogues between civil society, States and UN entities about counterterrorism.

Large-scale violence against civilians, including attacks motivated by political, religious, racist, misogynist, homophobic or other beliefs, did not begin on September 11, 2001. For many decades, civil society organisations have been carrying out evidence-based analyses regarding the complex reasons violence occurs and what methods can be used effectively to prevent it. Our expertise is broad, deep, multifaceted and often focuses on finding solutions to conflict that preserve human rights and dignity, as well as accountability—all of which are essential to long-term peace. In many cases, civil society groups are gatherings of the underprivileged people who—in practice—are the most likely to experience violence at the hands of others.

We note that twenty years after Resolution 1373 and other immediate responses to the 9/11 attacks, many crucial terms States commonly use when expressing their commitments and obligations on ending ‘terrorism’ still have no agreed definition. These include such ubiquitous terms as ‘extremism’, ‘radicalisation’ and even ‘terrorism’ itself. Thanks in part to this lack of settled definitions, States often misuse the language of counterterrorism to claim broad and arbitrary powers to suppress groups that their governments do not favour, including groups defined by race, ethnicity, religion or political opinion, often in combination with gender. Many States misuse these broad and arbitrary powers against the very civil society groups that are key to long-term peacebuilding and the creation of more just and equal societies.

At the same time, many vulnerable and marginalised people, such as racial and ethnic minorities, indigenous peoples, LGBTQ+ people and women, struggle to obtain a recognition from States that violence against them is real, serious and designed to intimidate them into giving up their rights. We recall that ending discriminatory abuses is at the very heart of the UN Charter and emphasise the role that civil society groups can and should play in bringing the voices of these disadvantaged groups into discussions of what terrorism is and how to end it.

Additionally, State and UN measures that are framed as security protections often have an especially serious and deadly impact on children, thousands of whom—in the years since 9/11—have suffered in de facto detention camps or drowned in the ocean due to the treatment of their parents, or the default treatment of people crossing borders, as potential terrorist threats.

Civil society groups are critical to understanding these actual human impacts of both violence and the measures States and the UN take in the name of preventing it.

We are here today because the Security Council united after 9/11 to condemn certain forms of violence. While many conversations about terrorism continue to centre on State security, dialogues with civil society offer an important reminder that the State is a legal construct, whereas the impact of both violence and rights-violating counterterrorism programs on individual lives are concrete and immediate. We thank the Counter-Terrorism Executive Directorate for beginning a series of important and constructive dialogues with civil society, and while we note that Resolution 1373 did not mention human rights, we welcome the statements of the importance of respect for human rights found in subsequent resolutions on countering terrorism. Civil society is an indispensable ingredient in transforming those statements into a reality of long-term peace and safety for all.

If the goal is preventing violence through evidence-based and human-rights-respecting methods, including by assessing the real-world impact of Security Council resolutions and State practices, then strengthening these and other conversations between civil society groups and States can only benefit all of us. The same is true of efforts to re-centre human rights and transparency in UN actions on counterterrorism that have a demonstrable impact on human lives, including actions that can impact vulnerable people as they advocate for their rights through civil society.

Thank you, Mr. Chair. This concludes our remarks. 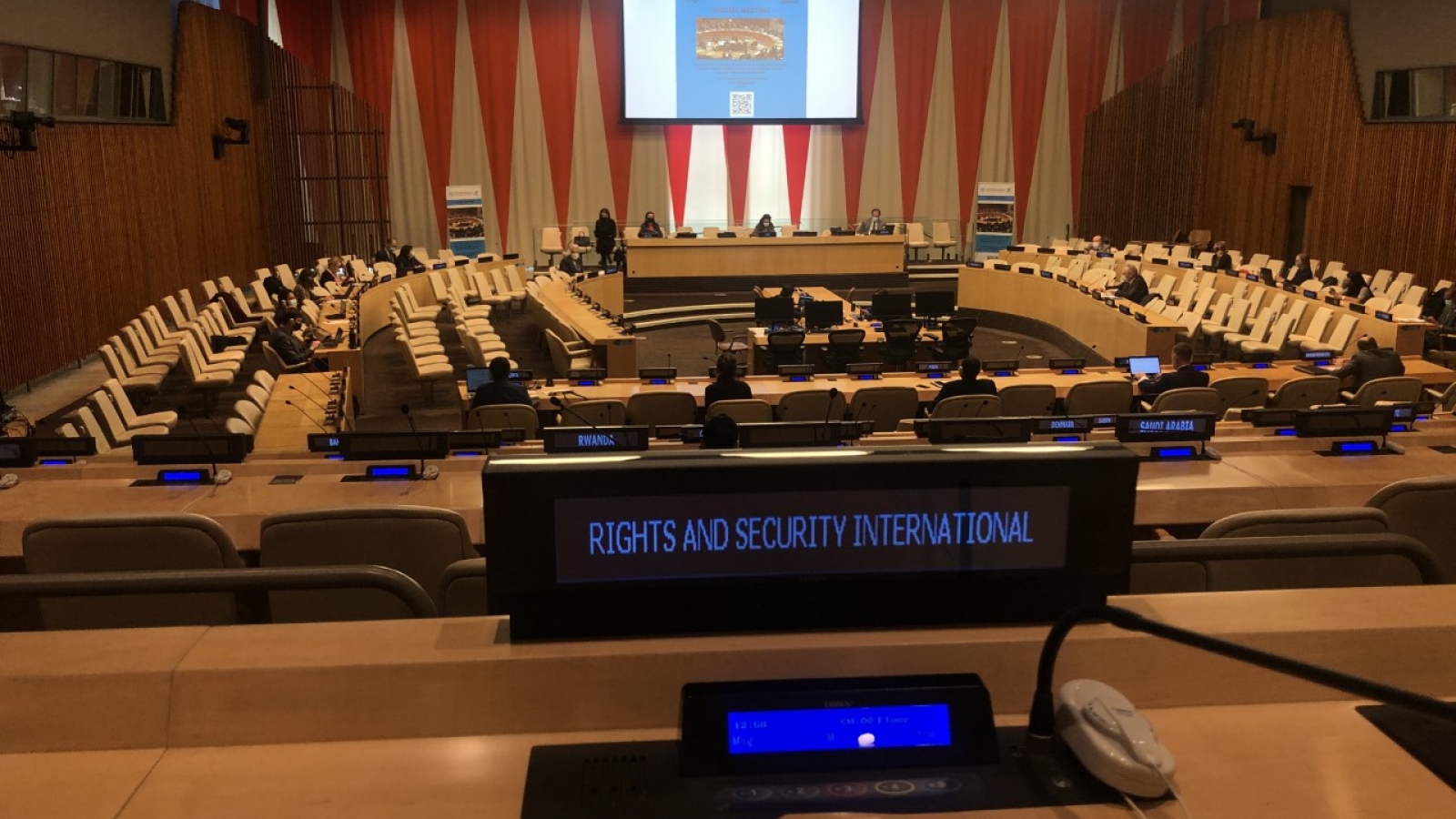 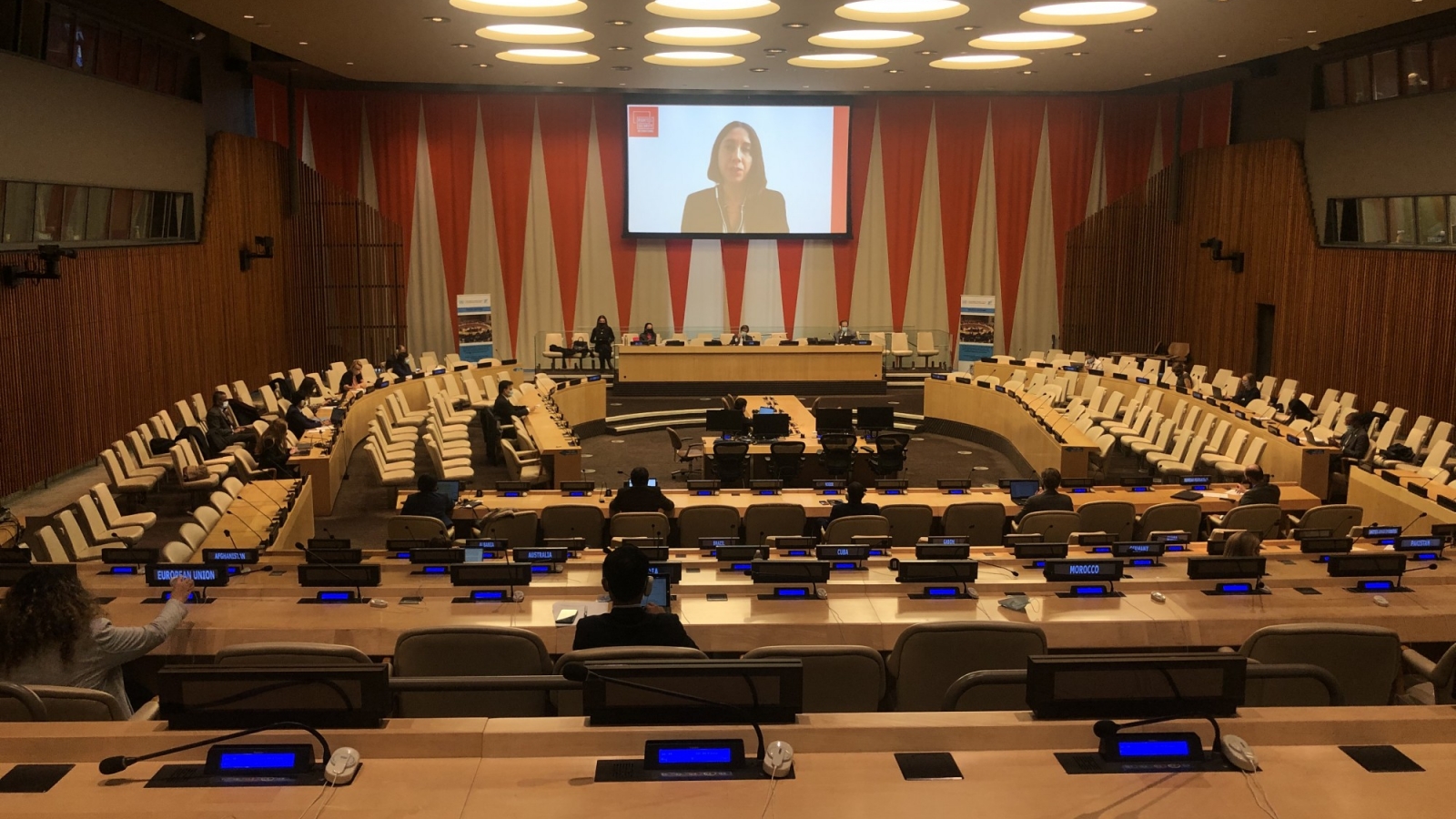