Today, Rights Watch (UK) is before the Upper Tribunal to appeal the government’s refusal to disclose the legal advice, or summary of it, that formed the basis of the lethal drone strike that killed two British citizens, Reyaad Khan and Ruhul Amin, in August 2015.

The strike, which the then Prime Minister David Cameron described as a “new departure”, was the first time the UK had carried out a targeted killing in a country where it was not at war. The Government have since been clear that they would not hesitate to carry out future targeted killings, including outside of armed conflict.

Announcing the strike, the Prime Minister expressly relied on the Attorney General’s legal advice to assure Parliament it was ‘entirely lawful’. However, the government rejected Rights Watch (UK)’s request, under the Freedom of Information Act, to disclose the legal advice, or a summary of it.

The government has argued that the legal advice in its entirety can be blanket exempt from disclosure because it contains information provided by, or relating to, ‘security bodies’. The security bodies exemption is absolute.

It is Rights Watch (UK)’s position that the government is required to ‘disaggregate’ the legal advice. While there are parts of the legal advice that will relate to security bodies and can be legitimately kept secret, there are other parts, such as their interpretation of international law and the applicable legal principles, which are unlikely to fall under the ‘security bodies’ exemption. The public interest in releasing the parts of the advice that fall outside this absolute exemption is overwhelming.

"This unprecedented strike signalled a profound policy shift and a sweeping expansion of the circumstances in which the government claims they can lawfully use force overseas. By shielding their legal justification from public view the government are depriving Parliament and the public of the opportunity to have informed debate about where and when its government can engage in the premeditated killings of individuals, including British nationals, abroad.

The government is seeking to have its cake and eat it: explicitly relying on the legal advice and its conclusions to assure parliament this new departure was lawful, then denying parliament and the public the opportunity to properly test this claim by wholesale withholding the advice with a catch-all reference to security matters."

In the two years since the strike, the government has made a number of public statements on the Khan strike and its legal justification, revealing aspects of its legal position. Yet the information disclosed is incomplete and vague, and suggests that the government has fundamentally reinterpreted key constraints on the use of force under international law in order to justify this new departure.

One of the key concerns is whether Khan actually posed an imminent threat, an issue that was reportedly questioned by security officials involved in the strike. Under international law a State can use unilateral force in self-defence if an armed attack is ‘imminent’. An imminent attack is one that has materialised and is operational. Recent statements suggest that the UK have radically reinterpreted this term, opening the door to the use of force before an attack has materialised. This significantly expands the circumstances that the government can claim to resort to unilateral lethal force, and aligns it with the position endorsed by the United States, which forms the basis of their expansive targeted killing programme.

Parliament’s Joint Committee on Human Rights (JCHR) and the Intelligence and Security Committee (ISC) both instigated inquiries in the wake of the strike, and expressed serious concerns about the government’s legal position. The JCHR described it as “confused and confusing” and requiring “urgent clarification”. Ultimately, they concluded that the Government “ducked the central question” about lethal drone strikes by failing to disclose what legal principles they had relied on.

"The government’s selective drip-feeding of fragments of their legal position is woefully inadequate. It has led to more questions than answers and intensified concerns that they are quietly eroding long standing international legal constraints on the use of force.

Since September 11, the US has been an outlier on this issue. Until the killing of British citizens in Syria, the UK at least formally resisted the Bush and Obama Administrations’ approach of treating the world as a battlefield. It now appears the UK and US positions on targeted killing have become indistinguishable.

The UK’s changed position on targeted killings represents a radical departure from established international law. It risks unpicking the fabric of the collective security system crafted after the Second World War."

The government points to the JCHR and ISC inquiries as evidence that post strike public scrutiny has been ‘considerable’. Yet both committees have expressed serious concern that the government undermined parliament’s ability to oversee the government’s actions and hold them to account.

The JCHR were “disappointed by the Government’s unhelpfulness” in refusing to provide them with a detailed memorandum on their legal position. JCHR chair Harriet Harman MP, noted that since the inquiry concerned “a matter of the utmost seriousness, to fail to be accountable to Parliament is inexcusable”. ISC Chair, Dominic Grieve MP, urged the Government to be “more transparent” given that they could not “be sure – nor offer an assurance to Parliament or the public – that we have indeed been given the full facts surrounding the authorisation process for the lethal strike against Reyaad Khan”.

"The government seeks to paper over the holes in its legal position by pointing to parliamentary oversight and accountability, omitting the fact that it has been fiercely criticised by both parliamentary committees charged with overseeing its actions for obstructing their inquiries and hampering avenues for accountability."

"It is important to know what the legal advice that enabled the strike – as opposed to the justifications that followed – was. We are arguing that the presence of intelligence related material in the Attorney General’s advice should not prevent Rights Watch (UK) and the British public knowing even the basic approach that was taken to key questions of international law governing the use of force on foreign territory. Redaction of the document is likely to be necessary, but we are asking the Tribunal to rule that outright refusal is not justified."

For further information or comment please contact Yasmine Ahmed, Executive Director of Rights Watch (UK) at yahmed@rwuk.org or on 0203 6030 972 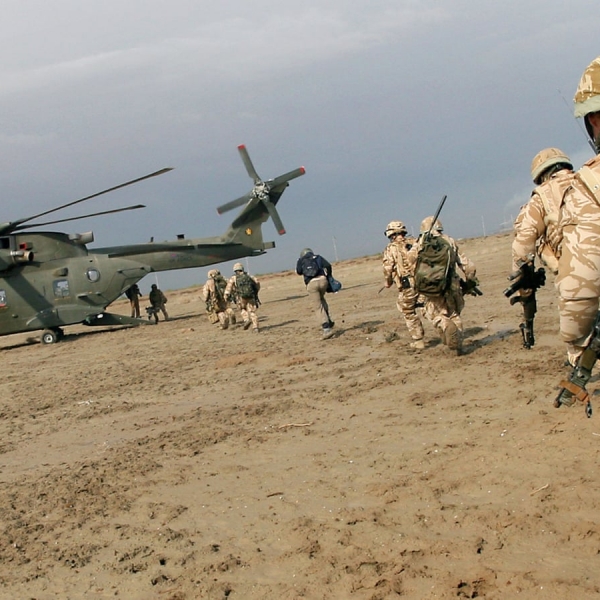