On 23 October 2019, Rights Watch (UK) and Save the Children hosted an urgent briefing on the situation of the British women and children stranded in Islamic State-affiliated camps in North East Syria. Sponsored and chaired by Afzal Khan MP, on the panel were RWUK Director Yasmine Ahmed, Save the Children Conflict and Humanitarian Advocacy Adviser, Orlaith Minogue, and Amanda Weston QC. Many interested Members of Parliament and other important stakeholders attended the briefing, including Shadow Home Secretary Diane Abbott, Angela Smith MP, and Baroness Sheehan.

Last week, the British Government indicated that they are considering repatriating some of the British unaccompanied minors in the Al Roj and Al Hol camps in North East Syria. While Rights Watch (UK) welcomes this move from the government—who had until now refused to facilitate repatriation from the camps—we believe that it does not go far enough. The government’s current position fails to take into consideration the vast majority of British children who are in these camps with their mothers. At the briefing, Rights Watch (UK) and Save the Children urged HMG to immediately repatriate all British minors and their mothers, and made clear that failing to do so would be legally misguided and morally wrong. Strategically, it also fails to take account of the risk of radicalisation or further radicalisation of those in the camps by exposure to more radicalised detainees, and the robust and expansive measures that the UK Government has in place, including prosecution (where appropriate), to deal with those who return.

This briefing was especially timely as it came off of the back of both an Urgent Question debate in the House of Commons, during which politicians across the political divide called for immediate repatriation of all British children and their mothers, and a debate in the House of Lords on the same issue. The political situation on the ground is fast-moving and the possibly closing window for action demands a pressing but also principled response. HMG needs to take responsibility for its nationals and take steps in line with its legal obligations and moral responsibility for those in Syria. Rights Watch (UK) and Save the Children briefed the audience on the harrowing conditions in the camps in North East Syria, the UK and other European Governments’ moral and legal obligations, and the practicalities of repatriation. Conditions in the camps are absolutely harrowing and getting increasingly precarious by the day. In July 2019, the UN estimated that there had been at least 240 preventable child deaths in the camps due to poor sanitation, malnutrition, and lack of medical care.

Below is Rights Watch (UK)’s briefing paper that was circulated to MPs. 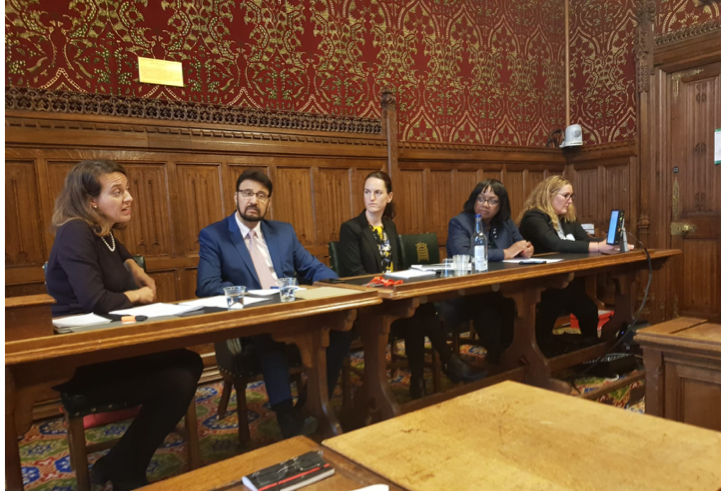 WOMEN AND CHILDREN IN SYRIA – BRIEFING